Welcome to Day #2 of The Week of the Writer! Everyone please join me in welcoming Jami Gold to the blog! Her blog is one of the few I look forward to reading each week! She offers great writing advice and presents it in a way that is all her own, causing every writer who stops by her blog to stop and think about their own writing from a different angle.

When I thought of how best to introduce her for today’s post, I quickly discovered I couldn’t do it any better than she could, which is one of the reasons why I love her – in a non-creepy way. But I will say this: I love her sense of humor, the way she approaches writing, and the fact that we have so much more in common than our love for the written word. 🙂

Thank you Jami for stopping by today and sharing in your love of the craft! And for the reminder that the rules of writing are really more like a guideline! 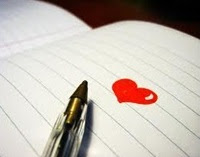 “Writing craft” can refer to many different things, the act of writing (drafting), the nitpickiness of editing and grammar, the art of creating sentences that flow, etc. For me, I’ll take “all of the above.”

I think my answer is that I do whatever works. *smile*

And I’m not trying to be flippant. Some people start as plotters on their first book because they’re excited about this new world they’re about to create, and they want to get all the details right before they dig in. But then for their second book, maybe a character whispers in their ear so loudly they can’t ignore it.

Except maybe they do ignore it. Maybe they’re stuck on being a plotter because that’s what worked for them before, so they tell that character, “I’ll start writing when you give me the plot details.” When the character isn’t interested in hashing it out in advance, the story dies.

Or the reverse might be true. Some people start as pantsers because they’re excited about this new world they’re about to create, and they want to dig in right now, today. But then for their second book, maybe they have an idea for a series, and the convoluted plot threads need to be figured out in advance to make the series work.

Except maybe they don’t figure it out. Maybe they’re stuck on being a pantser because that’s what worked for them before, so they refuse to outline anything for the series’ big picture. Then they write themselves into a corner, and the series dies an early death.

My point is that for much of writing, the rules are more like (in the words of some immortal pirates) guidelines. There’s often no “one right way” to do things.

I know, because I’ve written both from a scene-by-scene outline and from the seat of my pants. I like having ideas for all those turning points the structure people talk about (storyfix.com is a great resource for structure lessons). But I also like not knowing how a scene is going to play out before I write it.

I love that sense of discovery while I’m writing. When my characters surprise me in a scene, that’s a good sign the plot isn’t cliché. But if I were a strict plotter, I wouldn’t let my characters get away with adding a new subplot. And if I were a strict pantser, I wouldn’t be able to see how to tie events together and I’d have to fix it in revisions. The most important thing to me is whether it works.

So at some point, we have to shut out what others say, and even what our own experience says. Just because something worked for us before, doesn’t mean it will work for every situation. If we keep an open mind about every aspect of writing craft, we never know when we’ll find something that works for us.

If you’re a plotter, do your characters still surprise you with their actions? If you’re a pantser, are you able to see a story’s big picture? Are there some aspects of writing you enjoy more than others? Why do you like some aspects less? Does that change from story to story?

After dancing with the Devil in the pale moonlight—and accidentally  tripping him—Jami Gold moved to Arizona and decided to become a writer, where she could put her talent for making up stuff to good use. Fortunately, her muse, an arrogant male who delights in making her sound as insane as possible, rewards her with unique and rich story ideas. Fueled by chocolate, she writes paranormal romance and urban fantasy tales that range from dark to humorous, but one thing remains the same: Normal need not apply. Just ask her family—and zombie cat.

15 thoughts on “The Week of the Writer Guest Post: “Writing Craft: How Do I Love Thee””