Thanks to the super-convincing awesomesauce words of S.P. Sipal, I’ve decided to do a series of posts based on the writing lessons we can learn from movies (I do believe I may have found my niche *throws confetti*).

Last week we visited John Hughes’s The Breakfast Club. This week we’re going to visit an even bigger blockbuster of a movie: Forrest Gump.

Plot per IMDB: “Forrest, Forrest Gump, is a simple man with a low IQ but good intentions. He is running through childhood with his best and only friend, Jenny. His ‘mama’ teaches him the ways of life and leaves him to choose his destiny. Forrest joins the army for service in Vietnam, finding new friends called Dan and Bubba, he wins medals, creates a famous shrimp fishing fleet, inspires people to jog, starts a ping-pong craze, creates the smiley, writes bumper stickers and songs, donates to people and meets the president several times. However this is all irrelevant to Forrest who can only think of his childhood sweetheart, Jenny, who has messed up her life. Although in the end all he wants to prove is that anyone can love anyone.”

I suggest taking a look at the Symbolism Thesaurus over at The Bookshelf Muse for more ideas of how you use this element throughout your own plotting. Like I said, regardless of why you use it and what it means to you,  it’s a powerful element that’s open to interpretation by the reader…and it’s something the reader will forever remember in the back of their mind (I always think of Forrest whenever I see a feather). 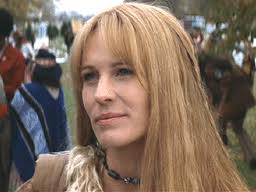 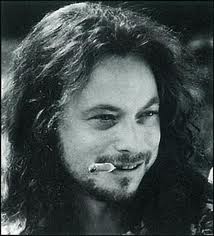 I could go on for about another thousand words with the writing lessons we can take away from this particular movie, but instead I’ll leave you with some trivia before opening it up for comments. Be sure to come back on Friday for this week’s round-up of writing posts. Next Wednesday we’ll visit writing lessons from The Good Girl.

Your turn: What other writing lessons can you pull from Forrest Gump?  Have you been using these lessons all along and never thought about how they were in some way, shape, or form incorporated into this particular film? Is there a particular movie you’d like for me to post about? <—I’m definitely up for the challenge!