Last week we visited Forrest Gump and analyzed just a few of the writing lessons the movie offered.  This week we’re going to venture into a movie that wasn’t exactly considered a blockbuster, but it won over the critics nonetheless: The Good Girl. While it wasn’t a popular movie, it was most definitely noticed at Sundance and proved to the critics that Jennifer Aniston could definitely push past her role of Rachel on Friends. It also showed us how the popular book, The Catcher in the Rye, still effects the lives of its readers. 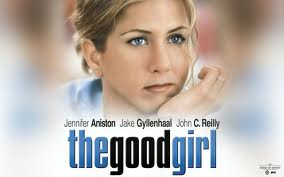 Plot per IMBD: “The plot revolves around a young married woman whose mundane life takes a turn for the worse when she strikes up a passionate and illicit affair with an oddball discount-store stock boy who thinks he’s Holden Caulfield.”

Maybe instead of searching for that perfect first line, we should seek to settle with the most honest, truthful first line that practically sums up our MC’s frame of mind as we begin their journey? It’s definitely an option and has been done before, it’s just that whenever we’ve read it in the past we’ve thought of it as only the perfect first line instead of the truth at the core of the entire plot. Now there’s an idea: don’t search for perfect, search for the truth because that’s what’ll lead you to the perfect first line. Alleviates the pressure a bit, doesn’t it?

Yes, this is a bit long for a ‘mini-breakdown,’ but you get the gist of what I’m talking about when I say that the main character should be likeable regardless of their flaws! She made a mistake because she was dissatisfied with her life. True she should’ve handled it differently, but that’s what makes her human just like you and me. The journey she took made her realize what she had wasn’t so bad. Isn’t that the same one we all take at one point or another? And she was likeable the entire time – even while she was being selfish by not visiting and using her dying friend and so wrapped up in this affair that she was unable to see the great things her husband had begun to do around the house until it was too late. Yes, believe it or not, she was likeable the entire time. <—The magic of writing! 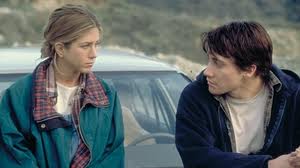 Notice a pattern here of how to raise the stakes? If it ain’t one thing, it’s another! Think of situation or dilemma to begin your MC with. Now think of something tempting, something that would force them to make a huge/life-changing choice (ruining their life or the life of others – it doesn’t always have to be ‘life threatening’, especially if that doesn’t fit the genre/story), then rain hell on them, continue to ask yourself: “What’s the worse thing that could happen now?” Or you can ask my favorite: What could I do that would make my character scream, “If it ain’t one thing, it’s another!!!” 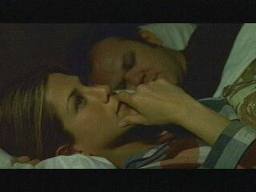 There are more characters I could bring in but the point is that each character you introduce should  happen in the most natural way possible. Ever read a story where every character who comes into play is fully described from their height and build to their hair and eye color? Didn’t it feel jarring? Exactly! Introducing a character that way is unnatural. Your MC doesn’t walk into some they know and describe them in that moment, do they? Nope, that’s normally reserved for those mysterious men who appear out of nowhere so the MC is noticing all of that to ensure the vision is burned into their memory. So why would we write that in unless it’s one of those moments? Let the characters’ actions and dialogue be their introductions – the one that’s the most natural to the story.

What about you? Have you seen The Good Girl? Have you ever felt like Justine? If so, have you used that in your writing in order to relate to the reader? Are there other writing lessons you can extract from this particular film? Do you have a movie you’d like to see analyzed during this series?