Welcome to another entry into Writing Lessons from the Movies!  Over the course of the next month, there will be 2 – count ‘em, TWO – challenges and contests! *prances around room like a little girl*

For the two contests listed above, a secret ‘judge’ – aka: a fellow writer – will be judging the contest entries and deciding the first and second place winners (yes, there will be two prizes for each one!). So mark your calendars and be sure to join me back here on Muse, Rant, Rave for some creativity and writerly challenges! *smiles*

Now…onto today’s writing lessons from The Princess Bride, which came at a special request from a blog follower and friend, Jenn.  To get you started, check out this amazing fan-made trailer. 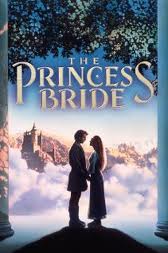 Plot per IMBD: “A classic fairy tale, with swordplay, giants, an evil prince, a beautiful princess, and yes, some kissing (as read by a kindly grandfather).” 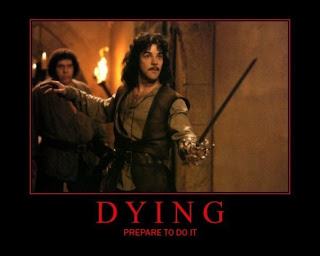 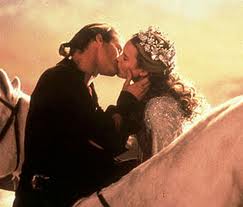 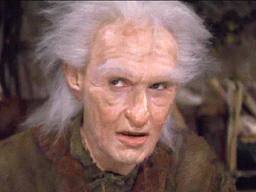 Did you catch that? “Mostly dead is slightly alive.” Did your heart just jump a little? I know mine did, especially because it hit me straight between the eyes. Just because you put a MS on the shelf due to a tired plot or maybe one that wasn’t working doesn’t mean the MS’s all dead! There’s good stuff in there that’s keeping that MS slightly alive: three-dimensional characters, a believable world you poured your heart and soul into at one point in time, amazing dialogue, magnificent action scenes, etc. The point is this: you’ve come a long way since you left that slightly alive MS thinking it was all dead, so why not re-visit that world and pump full life into it by changing and/or twisting a few things around to make it work? C’mon, take a chance and spend a little time stewing on it. I guarantee you’ll be freshly excited about the story once it’s been brought back to life like Westly was.

What about you? Do you live on the planet earth? If so, then I know you’ve had to have seen The Princess Bride (if not then I do apologize for calling you an alien). Have you taken a time-tested master plot and twisted it in a unique fashion for a story? Do you flesh out your characters until each of their motivations becomes clear? What about love? Do you write your romances with a little bit of action and dark plot twists? Or do you write action and dark plot twists with a little bit of romance? Have you ever taken a MS from the shelf, brushed the cobwebs off, and brought it from slightly alive to thriving with a pounding heart beat?

Do you have a movie you’d like to see analyzed in this series?