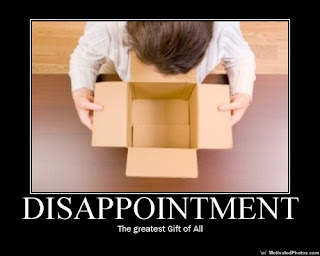 I realize it’s been a while since I’ve posted. And usually, regardless of what’s going on in personal life, I always either post an update or at least put together a weekly mash-up of writing posts on Fridays.

During these last two weeks of what I’ll simply refer to lovingly as ‘life at its best’, I have been tested and pushed to my absolute max. I literally feel as though I’ve been beaten, shattered, shaken, and stirred. At first it was all about the balance between the home life, the writing life, the professional/career/dayjob, and time with myself. But boy does life know how to throw the most wicked screwball in your direction. As in, just when you think things are starting to look up, it turns out you were being psyched in an evil game of made ya look.

So, in honor of these events – none of which I can really share as most have to do with my professional/dayjob that I still love and enjoy – I’d like to post my first rant post: a lesson in what to expect when you disappoint, hurt or piss off a writer:

When a writer is disappointed, saddened, hurt, or angered, whether by a person or a particular situation, it should come as no surprise when one – or all – of the following immediately happens:

Again, don’t be surprised when one – or all – of the following happen sooner or later in Stage 2 of what happens when you disappoint, sadden, anger, or hurt a writer:

Basically the bottom line is this: be very, very careful when you intentionally hurt someone. No matter if they’re a coworker, a friend, a family member, a husband/wife, sister/brother, or simply a stranger, just take care with their feelings and treat them as you’d want to be treated.

Because you never know if they’re a writer.

And if they’re a writer, and you’ve hurt them? Be afraid. Be very, very afraid.

Because writers AREN’T quitters!!! And you’ll never, EVER get us down.

In the end, we’ll always win.

8 thoughts on “When Writers are Disappointed”