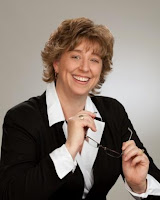 I am so very excited to have Teresa Frohock on the blog today! Not only is she an amazing author and incredibly kind person, we have actually met in person…and she lives less than hour away from me. Just to give you a quick breakdown of our meeting, Teresa stopped by my great-grandmother’s wake back in March to support my great aunt (who she worked with in the library of a local community college). My mother actually told Teresa that I was a writer as well, and thus the writerly conversation began! I asked if she was self-pubbed or traditional, and needless to say, my mother gave me a confused look. It got even funnier when I told Teresa that at the time, I was on my eight-or-so round of edits. Teresa gave me one of those understanding nods – which I totally fell in love with her for – while my mother, God love her, gave up and greeted the next person in the receiving line. *giggle*

But what Teresa said during our first mini conversation night is what intrigued me. When I asked about her book, she said they were waiting on book #2 due to the religious themes in Miserere: An Autumn Tale. Naturally, I wanted to check that one out. Anything that pushes the boundaries of religion is something I’m totally up for because having an open mind is what it’s all about, right?

AND IT WAS AMAZING. Miserere: An Autumn Tale is dark fantasy at its best! And because of her fearlessness with religion/belief systems AND her incredible Woerld building, I asked her to stop by today and give a quick lesson on both of these topics!

*****
Your Character is Your Story’s World: Characters Build The World

I would like to thank Melinda for having me here today. It’s always such fun to find new blogs and meet new people, especially with someone like Melinda.

Melinda asked me to talk a little about world building and how to use belief systems in your work. World building should move on two levels: the big picture (the culture itself, the history of that particular society, customs, etc.) and the smaller, more intimate picture of how the characters fit into this giant scheme of reality. Rather than replicate the big picture advice that is already out there, I thought I might discuss the smaller picture of character building within the world, primarily because world building and character building are inexorably intertwined.

Your protagonist, for all practical purposes, is your story’s world. Everything revolves around that one individual, and that individual’s actions are usually governed by their environment. When I get ideas for stories, my inspiration begins with a character. Sometimes I have a face and a name, sometimes just a face, but I always begin with the individual, and I construct a character biography.

Lucian was immersed in religion as a child, so having faith and discussions of God were as normal to him as breathing. Rachael and Lindsay were from the twentieth and twenty-first centuries respectively. Neither of them lived in a society immersed in religion, so they approach the concept of God from an entirely different angle. How each of them interprets the events on Woerld will be slightly dissimilar given their respective backgrounds.

As you can see, by answering some of these questions, you bring the more intimate aspects of your world right to your character’s doorstep. I do this for each of my characters. Once I’ve achieved the foundation, then I start fleshing out the big picture by answering questions about the world and society as a whole.

When I constructed Woerld, I relied heavily on the questions posed in Patricia C. Wrede’s excellent series of posts on world building at the SFWA blog (The World; Physical and Historical Features; Magic and Magicians; Peoples and Customs; and Social Organization). The questions in these posts focused me on the big picture that grew from my small foundation. I kept up with everything and maintained a series sheet with dates and character biographies, which of course, leads me back to the characters.

Never lose sight of the fact that the story is about a personal journey of some kind. Let your world enhance your characters and their actions, but don’t let your world building overwhelm the story.

Then be fearless. I think that is the hardest part. If you decide to use an existing religion, take the time to understand the core concepts of that religion. You can’t possibly comprehend what rules to break until you appreciate why those doctrines exist in the first place. Become familiar not just with rituals, but why those rituals exist, and what they mean to the adherents of a particular faith.

And finally, don’t forget to give yourself flexibility too. Stories change, they flow and sometimes take unexpected routes, don’t be afraid to modify details as you go along. Nothing is ever written in stone until you reach these magic words: THE END.

Raised in a small town in North Carolina, Teresa Frohock learned to escape to other worlds through the fiction collection of her local library. Teresa is the author of the dark fantasy, Miserere: An Autumn Tale. She has long been accused of telling stories, which is a southern colloquialism for lying.

Exiled exorcist Lucian Negru deserted his lover in Hell in exchange for saving his sister Catarina’s soul, but Catarina doesn’t want salvation. She wants Lucian to help her fulfill her dark covenant with the Fallen Angels by using his power to open the Hell Gates. Catarina intends to lead the Fallen’s hordes out of Hell and into the parallel dimension of Woerld, Heaven’s frontline of defense between Earth and Hell.

When Lucian refuses to help his sister, she imprisons and cripples him, but Lucian learns that Rachael, the lover he betrayed and abandoned in Hell, is dying from a demonic possession. Determined to rescue Rachael from the demon he unleashed on her soul, Lucian flees his sister, but Catarina’s wrath isn’t so easy to escape.

In the end, she will force him once more to choose between losing Rachael or opening the Hell Gates so the Fallen’s hordes may overrun Earth, their last obstacle before reaching Heaven’s Gates.

Miserere: An Autumn Tale is available at Barnes and Noble, Amazon, and Indiebound.

Okay, so I have to say that when I first read this post, I had one of the biggest ‘A-Ha!’ moments ever! As in, “No wonder that particular character wasn’t working in this story!” I was trying to make this new character – one that popped into my head a few months ago – into this world that I had built up in my head. What I really should’ve done is scrap the world I thought she would’ve lived in and created my world by beginning with the questions Teresa’s listed above. Maybe then I wouldn’t have this knot on my head from pounding it against the wall. ;0)

Please feel free to ask Teresa any question you’d like! She’ll be available starting on Monday. She’s always uber kind and helpful and more than willing to answer any craft question you throw at her. *smile*